What a great couple of weeks, we've gone from the city scenes and shopping centres of Kuala lumper to the hectic party island of Koh phi phi and Railey beach and are currently in the tranquil paradise of Koh Lanta island. I'm playing catchup with this blog since we havnt had a good wifi connection in a while! 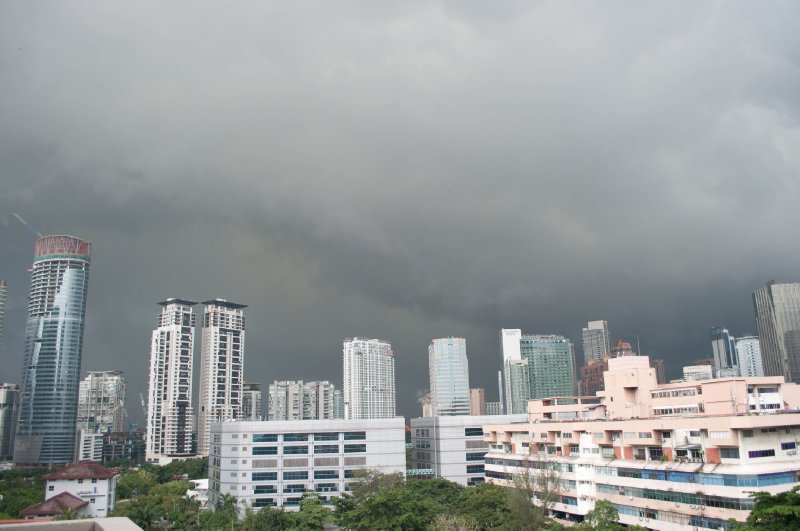 Kuala Lumpur
After arriving in Suzie's guest house we hit the night-life of Chinatown Petaling street and sampled the street food stalls a mix of Chinese and Indian with Guinness, Heniken and Tiger the most popular beers sold in pretty much every shop and restaurants but a lot more expensive than Thailand due to the Islamic influence and government taxes. The week was spent visiting the various shopping malls in the Bukit Bintang area, the KLCC (Kuala Lumpur Convention Centre) home to the very beautiful and impressive Petronas towers (which were closed to the public to complete a new walkway through the city linking the Pavilion shopping centre with the towers) with adjoining mall that is home to many high end stores from Armani and Chanel to Billabong and Topshop. Food is pretty cheap here with western eateries like Auntie Annie’s pretzels, KFC, Subway, Starbucks, Burger King and the like rearing their Western heads in almost every shopping centre and street corner and rubbing shoulders with the more authentic Indian, Japanese and Malaysian restaurants (taking influences from neighbouring Indonesia, India, the Middle East, and China. Malay food is a fusion of these different influences and is usually spicy and full of spices and herbs) and of course nowhere in the world is complete without a McDonald's or five offering familiar processed cow sandwiched between a ridiculous amount of MSG, salt and sugar and the standard fries and coke combo's. I guess everyone needs their familiar fix now and again. For me the reasonably priced sushi restaurants in The Pavilion shopping mall and KLCC mall were more intriguing and I sampled some of the best I’ve had outside of New York's upper west side, with colour coded plates meandering their way around the restaurant on a conveyor belt waiting to be chosen by hungry diners from all walks of life and the sake at its most delicious, I loved it!. The shopping didn’t appeal to me as a backpackers budget doesn’t allow for luxuries like Armani bags and MiuMiu dresses, but it was still fun to window shop and take in the different cultures all bowing down to the gods of consumerism. 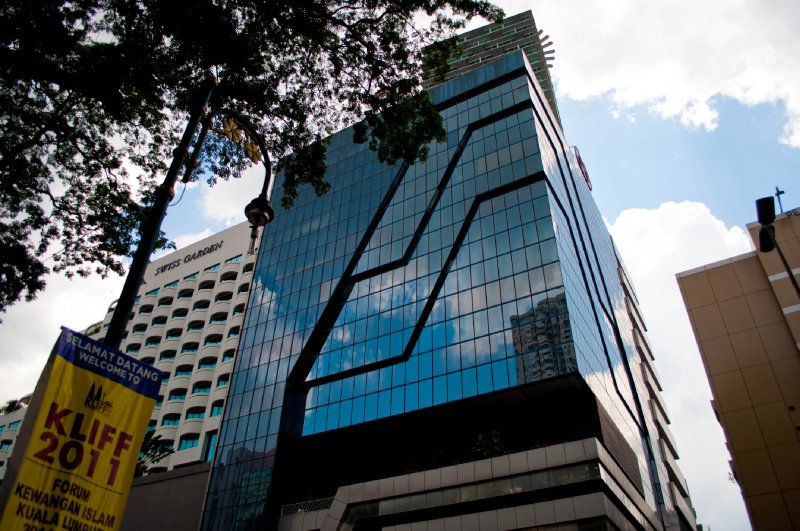 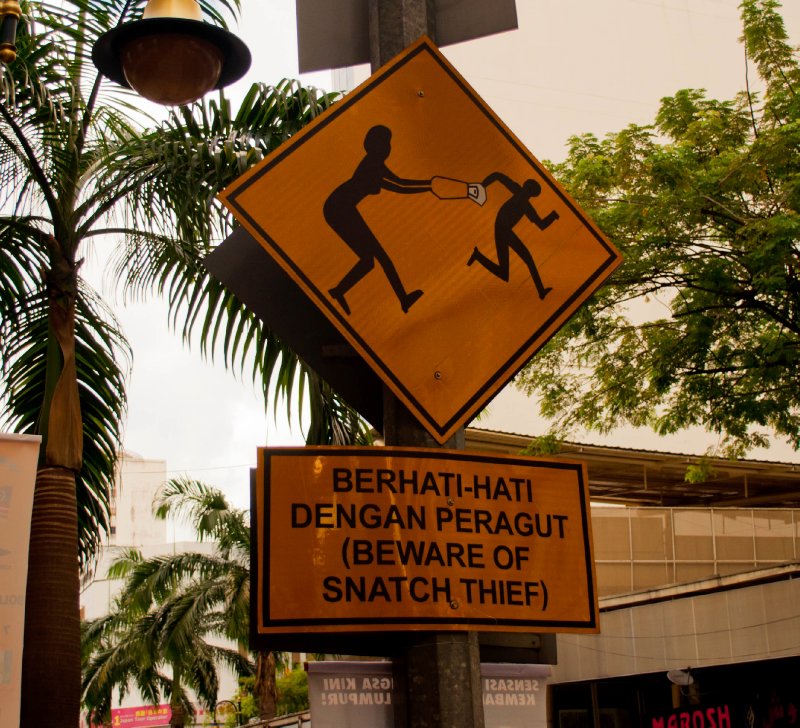 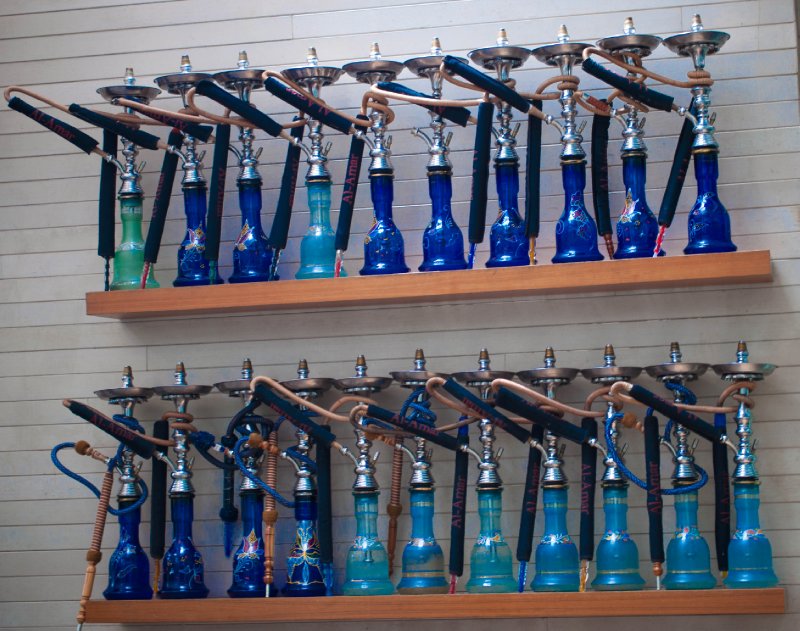 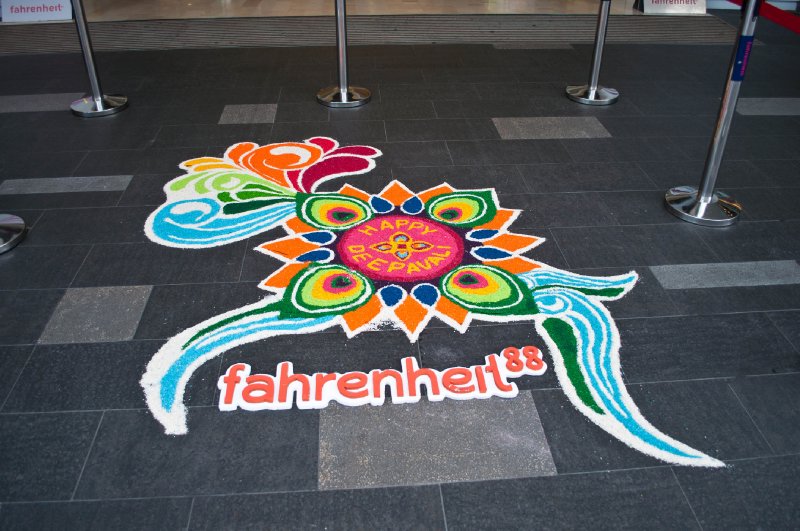 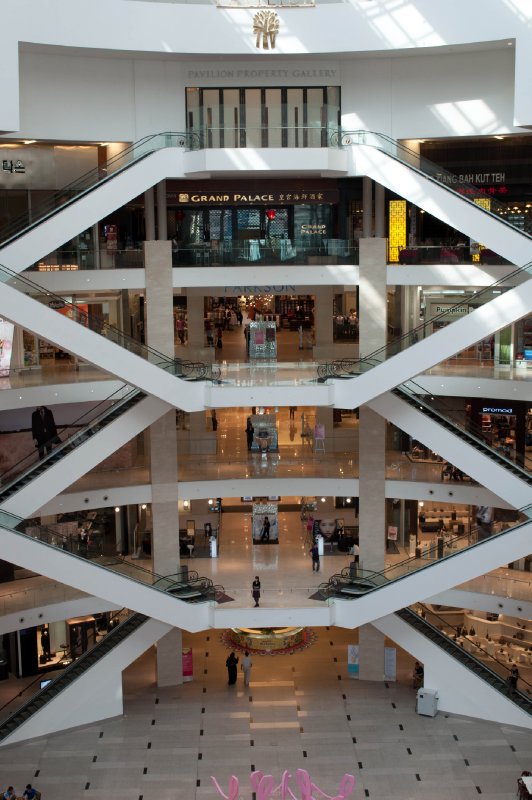 The bars and night life were fun if a bit pricey (but only really when compared to Thailand!) with a different vibe for anyone and everyone, we sampled the backpacker bars in Chinatown at the weekend filled with international students 16 years and upward all studying in international schools based in the city and hailing from places like Germans, France Denmark Canada and the UK. We also visited some of the higher end Beach bar clubs near KLCC's Times Square area with its Hard Rock Café and rooftop bars and clubs. 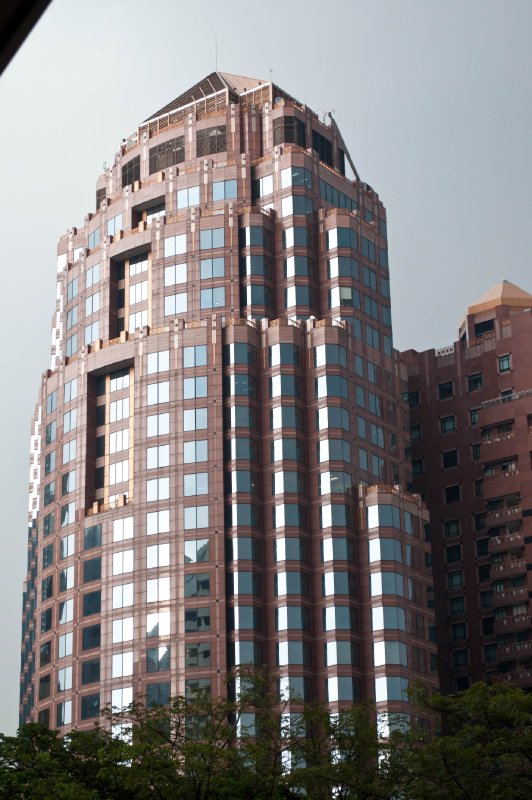 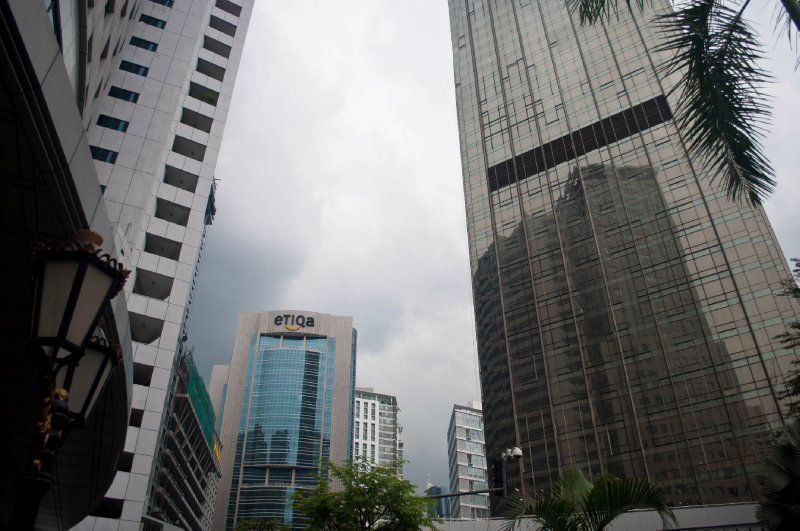 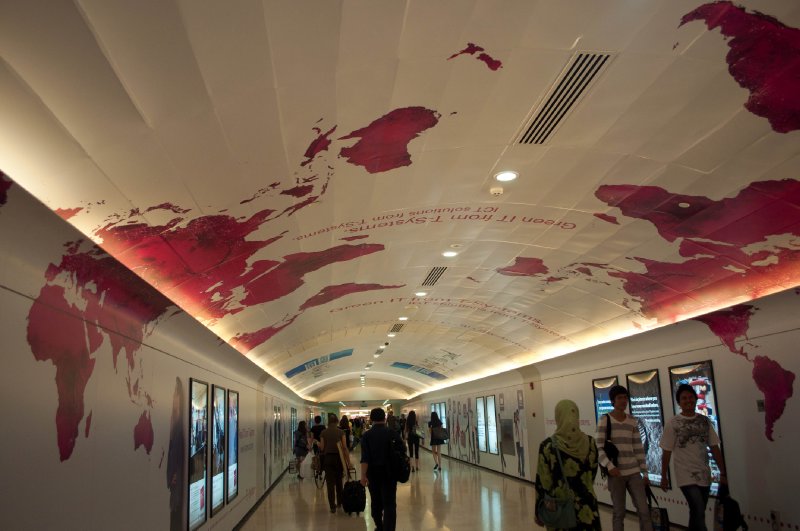 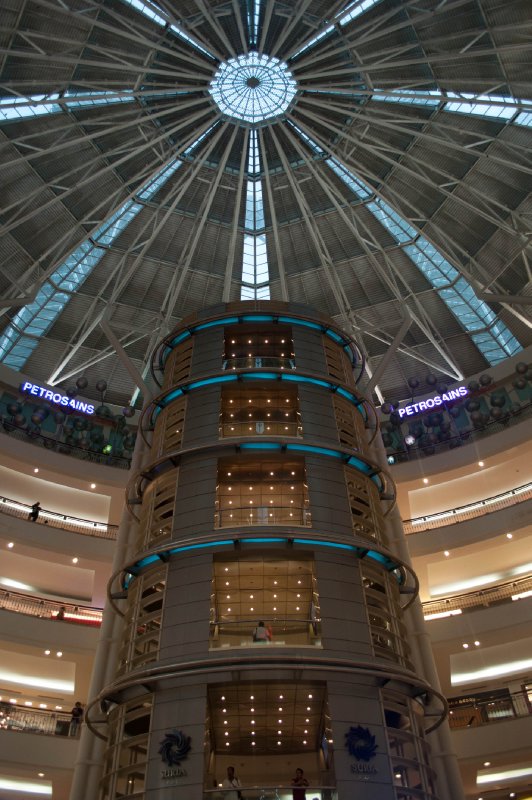 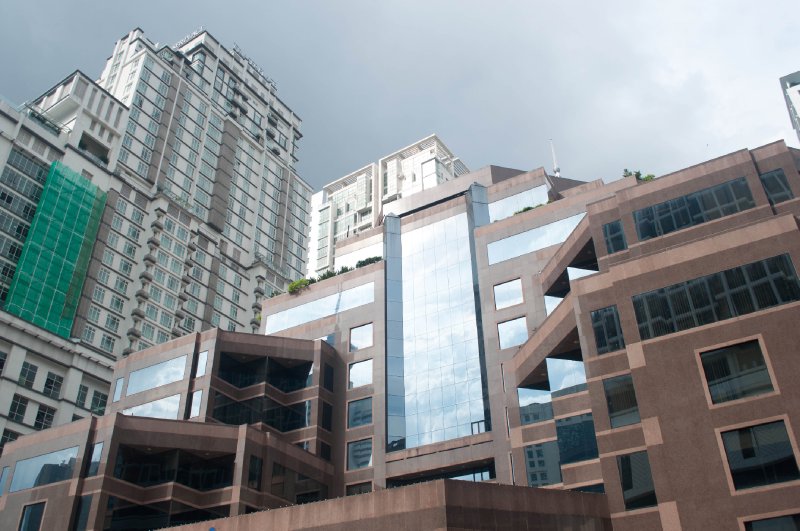 The whole week we were there I was exploring solo as Gareth had fallen ill with some mysterious bug that left him with horrendous stomach cramps and praying to the porcelain gods in more ways than one for the entire week. We taxied it to a clinic ( one thing to note here is that taxi drivers in KL seem to have no clue where half the places in their city are bar of course the standard tourist destinations, and we found that rather than attempt to find out where..oh hey lets say a clinic is they will fob you off to the next taxi driver who you have to once again show a map of the city to and point at the clinic your hostel owner has very kindly circled in an attempt to help you out) anyway.. we got to the clinic which was fantastic and not what we expected at all, it seems health care is a big deal in KL. Unfortunately the medicine that were prescribed did nothing to help the situation (its worth mentioning they cost very little which was a relief!) and two days later we had to take it a step up and head to the hospital a few days before we were due to leave. They at least prescribed some antibiotics (again a cocktail of different meds were around £20) and within a week Gareth was making a proper recovery. 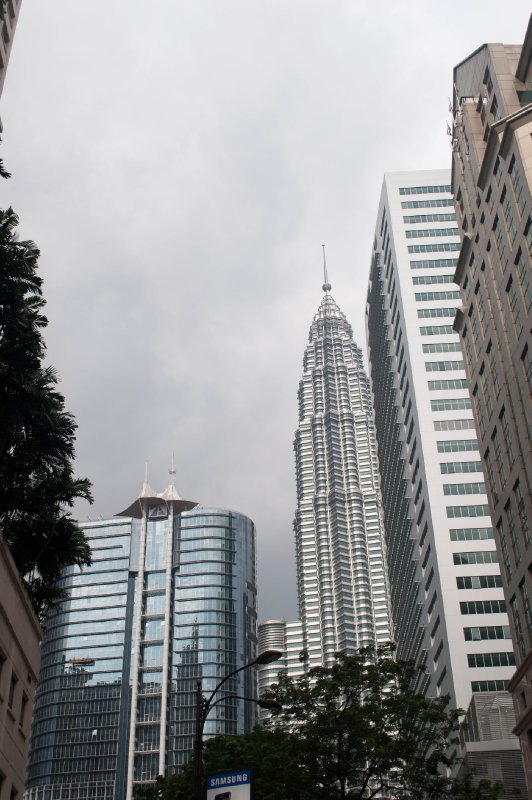 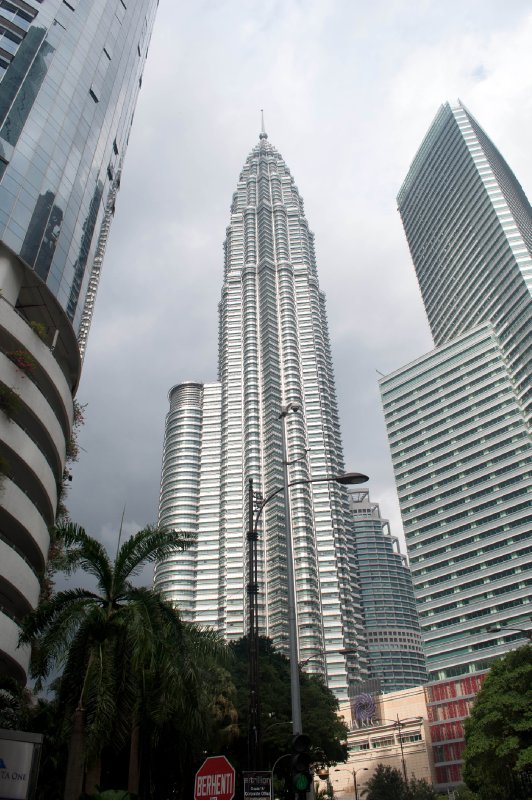 Suzie's hostel was clean and basic if a bit small but we met some really cool travellers in the common room and id recommend it if you need somewhere cheap and central and don’t care that your stuff will drown the room if you attempt to take anything out of your bag. The toilet/shower combo is communal and the rooms open off the central common room area (basically a really long table with seats on both sides) so first thing in the morning if your looking a bit worse for ware and need a shower/loo stop you will most likely be opening your room door to a group of other backpackers having the complementary tea and toast breakfast or surfing the web. 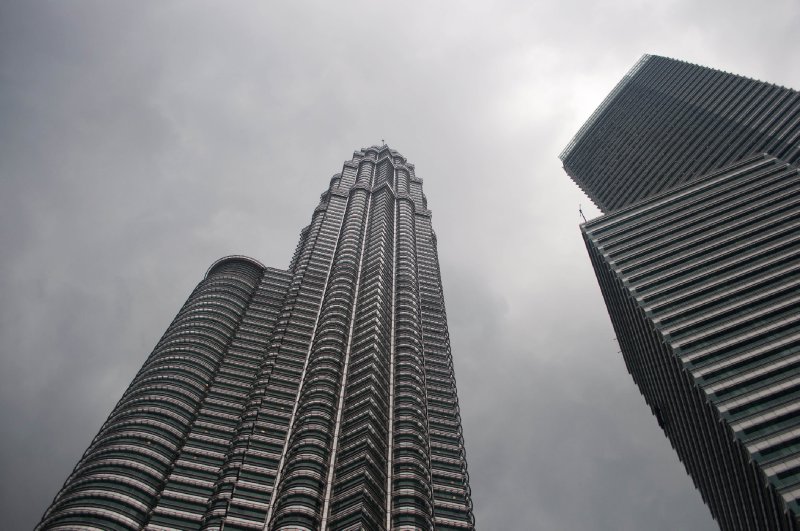 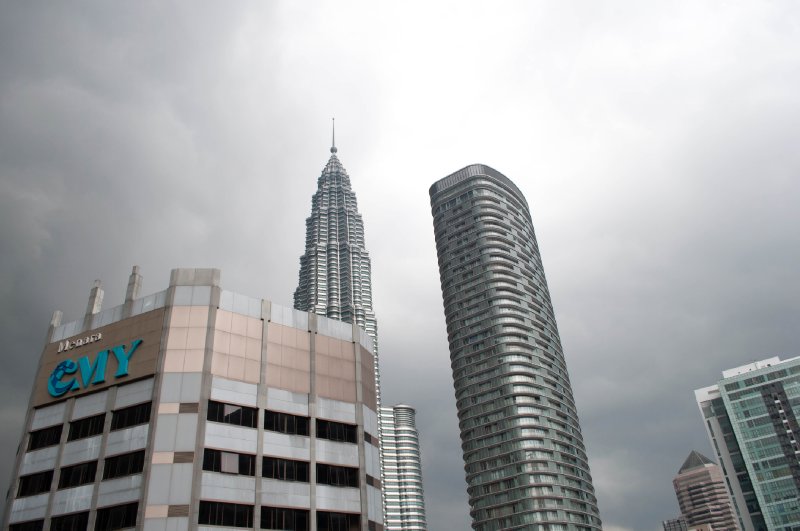 The water randomly turned off half way through our stay there and to the hostels credit they provided big bottles of free drinking water... probably to take the edge off the lack of showering facilities and toilets that couldn’t be flushed, ill let your imagination run with the smells dancing their way through the hostel a few hours into this scenario and needless to say we didn’t stay indoors long. The one other issue with our room (and in SE Asia you come to accept this as the norm in most budget places) was the presence of ants meandering their way around the floor inspecting all of our belongings for edible material we may have missed at some point and upon finding something resembling food calling on all of their mates to help them bring it back to their castle in the crack in the wall. This hostel had a few to many for our liking and that coupled with the fact Gareth had to spend most of his time in bed, on the last night we jumped ship and taxied it to a four star hotel called Corus in the Bitang area of the city beside KLCC. 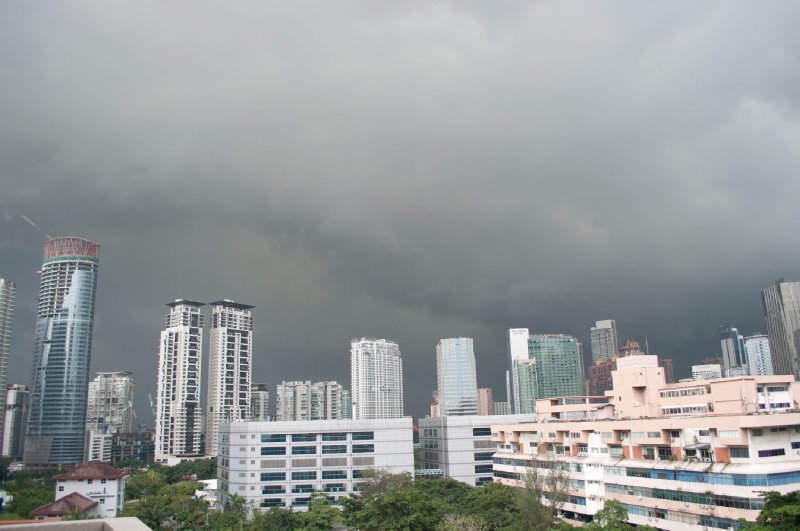 We were greeted by a very well dressed porter who didn’t hesitate to throw my smelly backpack on over his well tailored suit and lead us up to the reception. The receptionist was fantastic and friendly and in a sea of beautifully dressed guests, all sporting silks, suits and flowing dresses,sipping their overpriced cocktail's in the adjacent bars and reception area's he kindly upgraded the Irish tramps to the Executive suite of the hotel (floor below presidential...although I’m sure the president has far higher class hotels to crash in on his trips to the city) and we were lead to the most fantastic room at the top of the hotel with balcony views of the Petronas tower’s and KL skyline, not bad for £30 between us, buffet breakfast included. 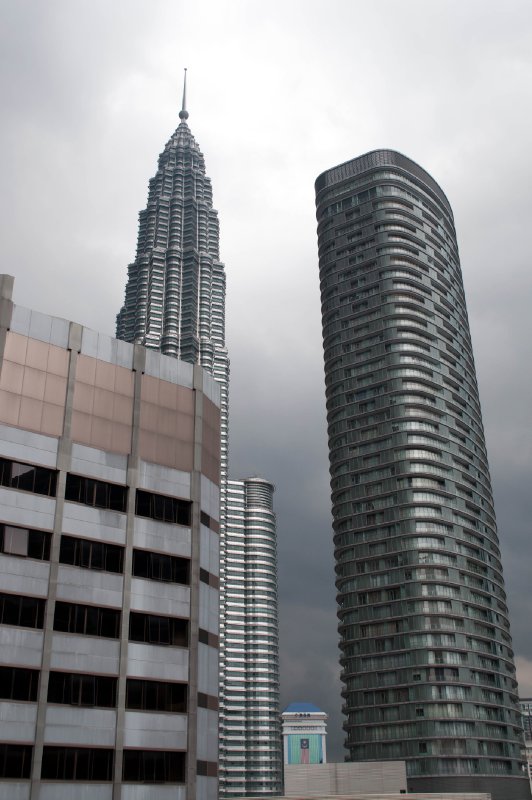 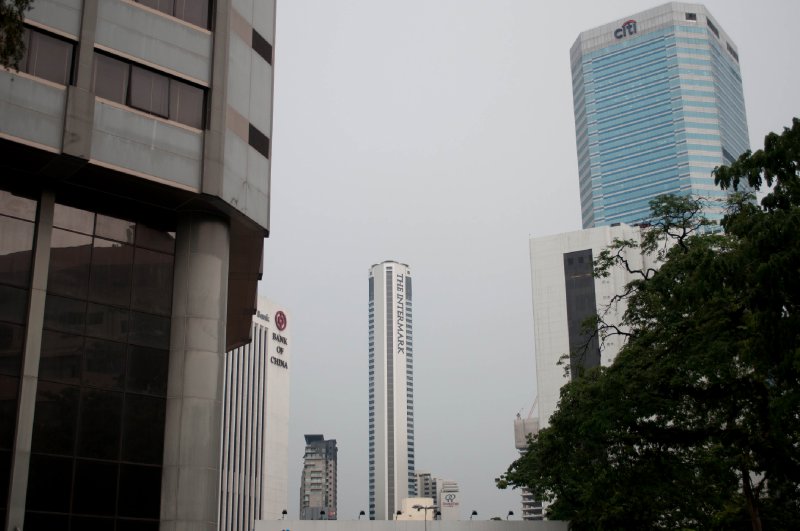 I’m almost sure I saw a couple of our ant friends who had stowed away on our bags wave us off at the end of our stay at Corus, I bet they couldn’t believe their luck, no doubt if any presidents ever stay they will pay them and their mini bar a visit.

In all KL was an interesting experience and even if the prices were higher for drink and clothing and for backpackers some of the excursions are out of budget there are lots of cool things to do and places to visit and shopping to fill your suitcases with. We checked out before 12am and got the underground subway to the bus station and from there to the airport and were back on our way to Phuket and another 30 days entry to awesome Thailand.